Think of yourself as a driver on a highway...  if you had realized, on a highway there are always two garages, one on the left and one on the right. Suited for travellers going in opposite directions. There isn't one for both directions in the middle because that would cause a lot of clutter and chaos. 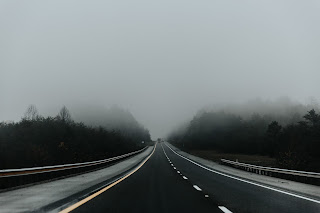 A highway driver ultimately has to choose his direction and stick with it.

It's quite easy as all the people in your route and at the stop are all going in one direction and hence are focused on their destination.
Life is the same,
think of yourself as a highway driver travelling on the route you chose.

Worry not about the people on the other end moving in the opposite direction They have their destination and you have yours.

The route you are on has people with similar goals. Interact with them and take stops when necessary. Trying to create a garage stop in the middle would create that unnecessary clutter and chaos that the split roads try to avoid.
Stick To Your Goal.

Popular posts from this blog

October 21, 2016
Know The Difference.  Pain Is Happiness Only After Experiencing pain, will you be able to understand the pleasures of happiness  Like the Sun & The Moon,  People Will All have their turn of day & night , Bright and Low Moments. Happy & Sad Moments It came to our attention that Life is to feel both pleasure and pain , time and place is the only variety  FORWARD , MOVE FORWARD , be it good  Memories , Be it Bad Memories , Always Look Forward, Try not to cling to the past , but keep it in mind as a reference of where you are moving FORWARD    It is No Use Avoiding Being Depressed , It is the most beautiful part of life because if you do not die after that depression phase then congratulations , You Are Stronger    It Is The Individuals Who are born into dire circumstances who get to experience pleasure for all that it is if they aspire for more and channel circumstances into motivation It Is The Individuals Who are born into privi
Post a Comment
Read more

November 22, 2016
The destructive character sees nothing permanent.  But for this very reason, he sees ways everywhere. Where others encounter walls or mountains, there, too, he sees a way.  But because he sees a way everywhere, he has to clear things from it everywhere. Not always by brute force; sometimes by the most refined. Because he sees ways everywhere, he always stands at a crossroads.   No moment can know what the next will bring. What exists he reduces to rubble – not for the sake of rubble, but for that of the way leading through it. The destructive character lives from the feeling not that life is worth living, but that suicide is not worth the trouble.
Post a Comment
Read more

November 22, 2016
From The Ground, We come And to the ground we return. What matter is what you think matters If you care about other peoples opinion, You damn sure have Around 7+ Billion opinions to deal with so good luck with that For the Family, Do It For The Fam  Accumulate Wealth And You Leave it Here On Earth, but who wants to live being broke & miserable? It is the  hope of having a better life which makes life interesting, Once you have made it in life, It's all about enjoying the satisfaction of your efforts and struggle  but after a short while, It's back to imagining an even better life, it is then that life will be amusing again   Death Is Always Looming Around  Nothing Really Matters, The Universe IS too big
Post a Comment
Read more